Tasting the finest slivers of Serrano ham seemed a little surreal at 8:45 a.m. on a Saturday morning. Particularly as this was on the tee box of the 8th hole at Alhaurin Golf.
Dawn was breaking and the morning light glinted off the players clubs as they readied themselves for the shotgun-start of the 3rd annual Ciudad de Coín tournament. The early-morning peace was shattered as the loud BANG (and accompanying puff of smoke) signalled that the 88 golfers, Central FM’s Andy Little and Steve Burns among them, should take their first tentative tee-shots to get the event started.

At the 13th hole players were greeted by a stall set up by a local business, offering complimentary Spanish meats including Lomo con Manteca and Chorizo. These were served on rustic bread and accompanied by a refreshing San Miguel (ok, it was before noon but who’s counting?)
As the holes rolled by, the sun strengthened, evaporating the morning dew and causing the greens to pick up in pace. The buzz of being in the competition could be felt in the atmosphere, accompanied by distant whoops, cheers, groans and shots of FOOOOOOORE as balls rolled, bounced or were deflected on their merry way towards their waiting obstacles. 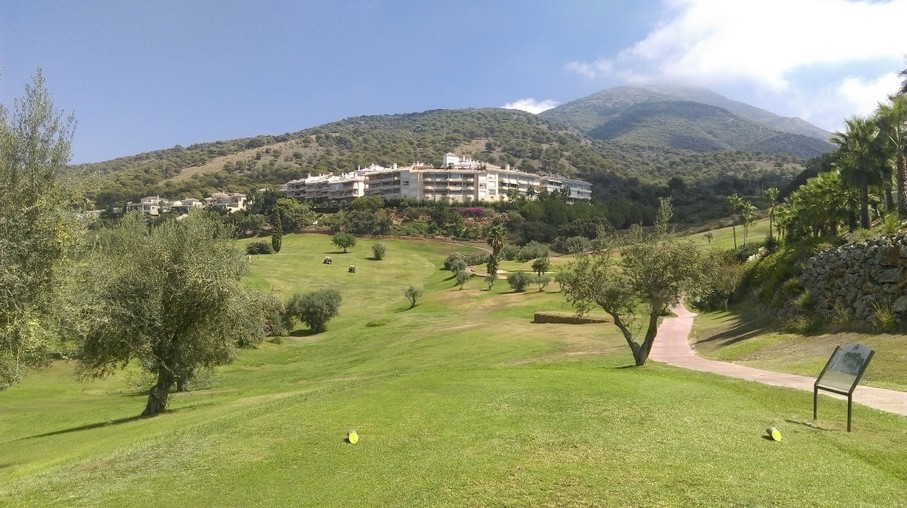 The joy of playing at Alhaurin is the atmosphere. The staff are friendly, lively and welcoming as are the members. Nothing is too much trouble and this is reflected in the overall feel of playing there. Although rules are strictly followed, nobody takes the game TOO seriously. It was in this spirit that we collapsed in fits of laughter when Central FM’s  playing partner, Arthur, was cursed by horrible luck as the head of his 8-iron came shooting off into the bushes. 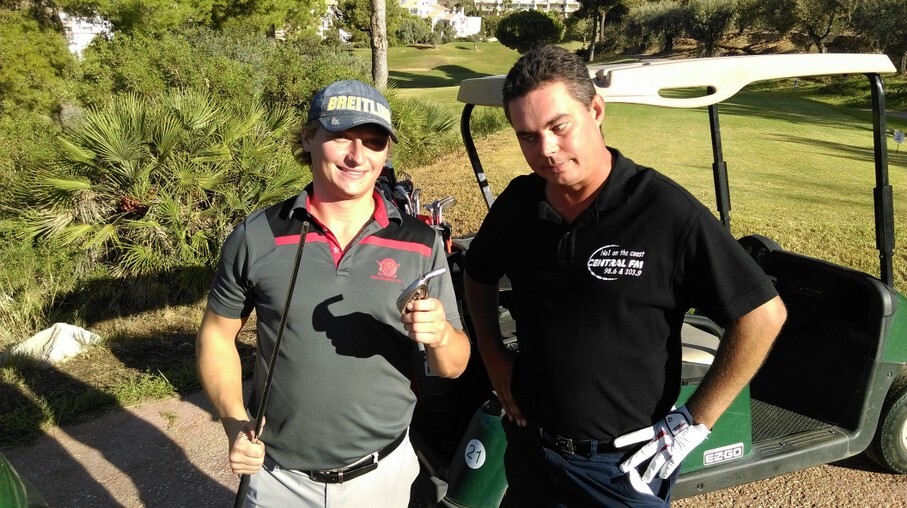 As the nearest-to-the-pin competition was located at the 4th (Par 3), it was one of the last holes Andy and Steve played that day. The green is a fiendish, sloping, meandering postage-stamp of grass guarded by unforgiving scrub and a large bunker.
The  penultimate challenge for the Central FM players was Alhaurin’s signature hole – a spectacular par 5 dogleg with the tee-box at the very top of the course offering spectacular views of the surrounding countryside and the soft blue of the Med in the distance. A sensible player will hit straight and be happy to make the fairway.  At this stage, however, nobody was feeling anything but sensible. The risk of attempting the near-impossible shot of cutting the corner is only for the longest hitters. Crack, crack, crack! 3 tee shots off into the ether, followed by a nerve-wracking drive down to see if we had made it.
Much to the disappointment of his playing partners (now facing a penalty drop and hitting 3), Andy Little was rewarded by the sight of a shiny white ball sitting right in the middle of the fairway, a mere 150 metres from the pin. You’ll have to ask him what happened after that.... 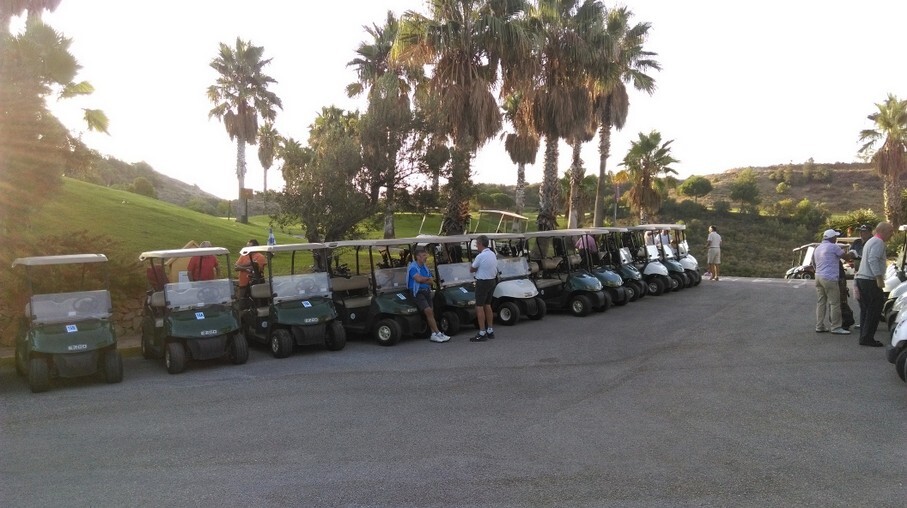 Andy and Steve finished their round having had a thoroughly good time, despite being caught out on many occasions by the genius of Seve Ballesteros’ course design. Alhaurin is a truly playable course which never fails to surprise. Seve rewards the bold and the cautious in equal measure with some unpredictable bounces, kicks and rolls that can make the difference between a good round and a great one.
Having failed to reach the 30 Stableford points required to even get a mention at the prize-giving (it was eventually won with 41 points and an even-par 72), Andy and Steve contented themselves with a fabulous 3 course lunch comprising assorted tapas, rosemary pork sirloin and ice cream. 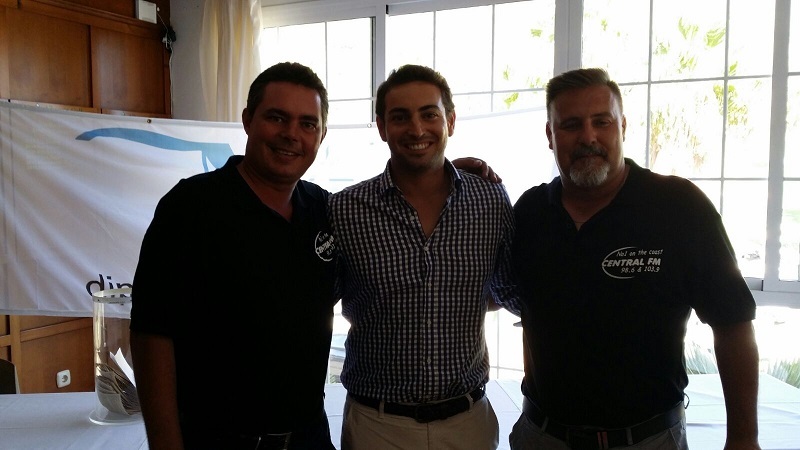 The prizes were abundant – in fact almost every player received something. This is one of the reasons the Ciudad de Coín Tournament is oversubscribed every year. Ranging from shirts, gloves and clubs to complementary green fees, weekend getaways and even a jamón the generosity of the sponsors left everyone feeling that, at 35€ (members) and 55€ (non-members), this is a competition well worth participating in. 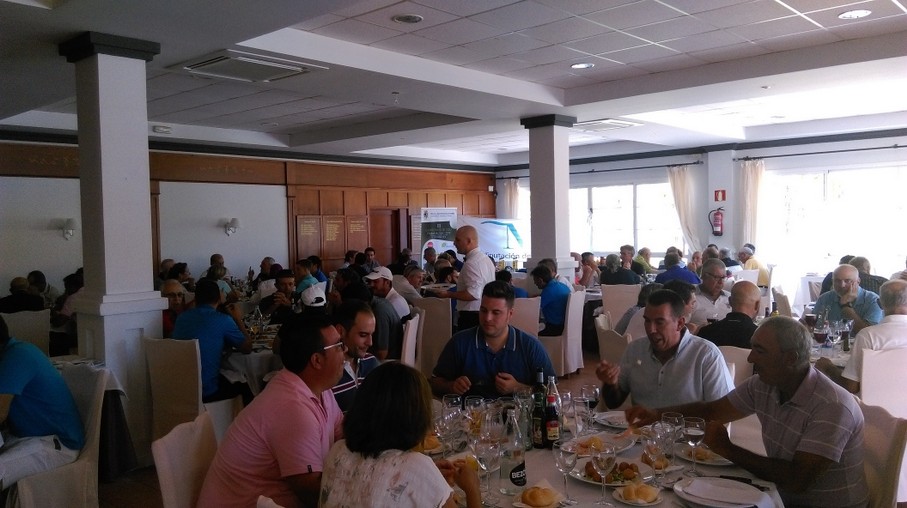 For more information on Alhaurin Golf visit the website alhauringolf.com 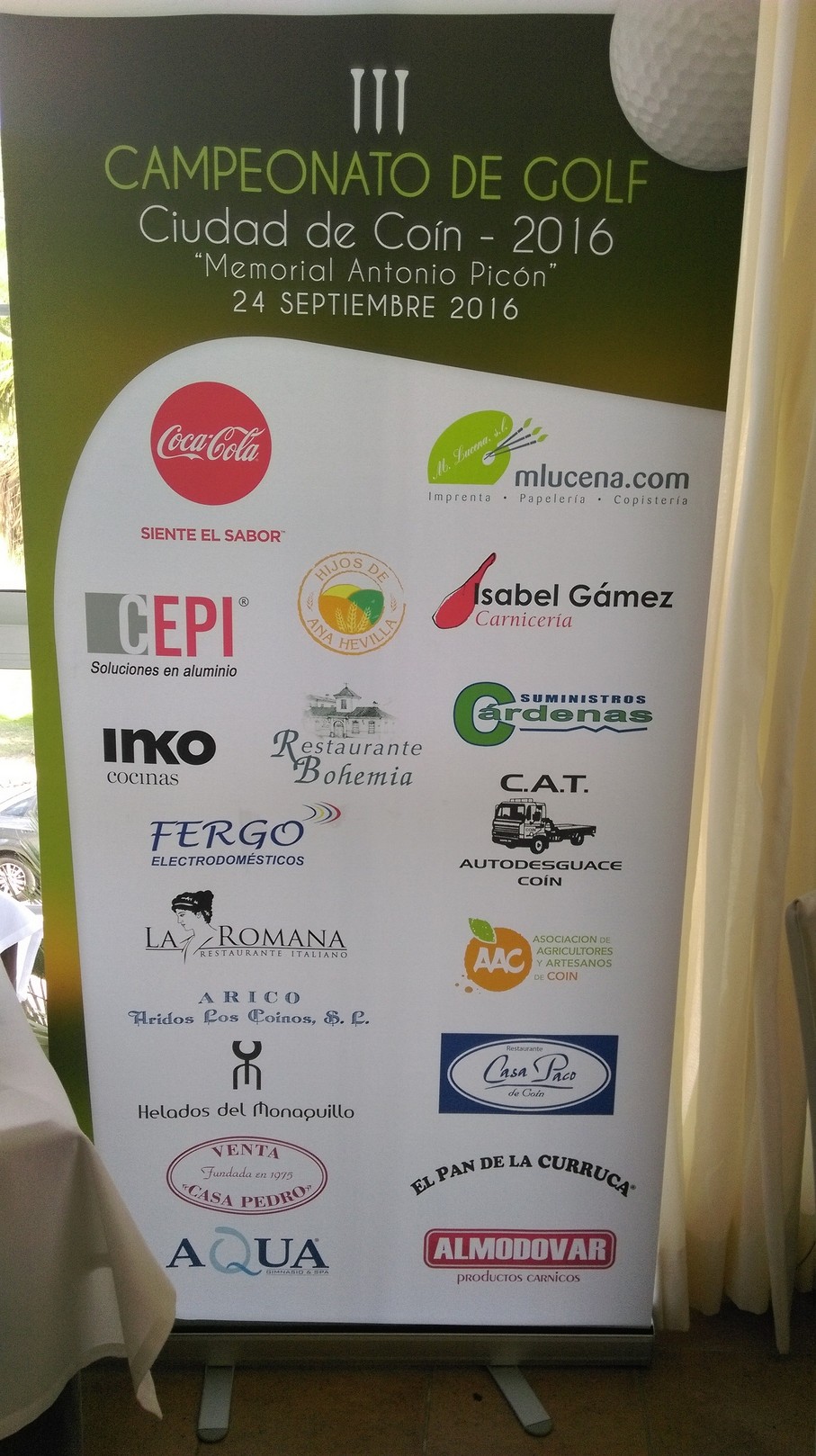